The Junk Drawer is for those Off Topical discussions where we can ask questions of the community that we feel might have the ability to help out.

Greg_Lewis wrote: ↑
Sat Jun 27, 2020 10:04 pm
The main takeaway from our research is that these ice makers are inherently troublesome.

When our ice maker went, the replacement part was 100% reliable: 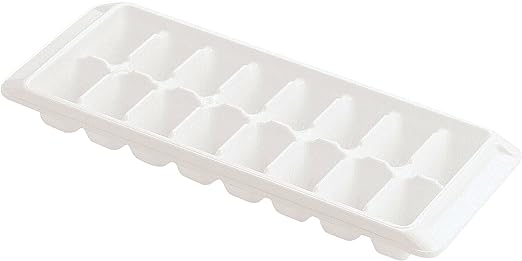 Well, boys and girls, since the thread has been resuscitated, here is the final chapter. The fridge had a total coronary a month ago on a 105 degree day. I naïvely thought I could get someone out there that day and be up and running by dinner time. Ha.

A phone consultation with a repair guy revealed that there were two circuit boards that were probably bad as well as the ice maker device and the ice dispensing unit in the door. Parts alone could run as much as $800 plus labor. So the decision was made to scrap it out. Of course, due to the virus, the factories had been shut down and there was nothing in stock anywhere. We put one on back order but it won’t be in until the middle of August.

In the meantime I ran out to the backshop and fired up the little fridge in the camper to save the most important stuff, but that would not work for the amount of food we keep for the three months we’d have to wait for a new unit. Not to mention the inconvenience of having to trot out there multiple times a day to fetch the butter or the milk.

So I jumped on Craigslist and found a small used unit for $200. The seller was able to get it into my truck with a lift table and I was able to get it down using my Horrible Fright motorcycle stand that I’d modified for a locomotive lift. I did manage to drop the whole thing on its face getting it off the stand, but no serious damage resulted. While the fridge worked it took us two hours to clean up all the spills, mold, and gunk all over the inside from the slobs that had owned it. We parked it in the dining room as I didn’t want to risk hauling the old fridge out over our hardwood floors by myself.

It really bugs me that almost everything made these days includes some sort of electronic element that dies and kills off the entire unit. And, of course, the boards are either not available or outrageously expensive. And, of course, what’s wrong with the board is some little capacitor that cost the manufacturer three tenths of a cent but which you will never find and couldn’t replace if you could.

So my ego was saved but my temper was not and at some point we’ll be back to whatever level of normalcy we had before.
Greg Lewis, Prop.
Eyeball Engineering — Home of the dull toolbit.
Our motto: "That looks about right."
Celebrating 30 years of turning perfectly good metal into bits of useless scrap.
Top

Tough issue to live through. So goes our weird times now.
I used to do circuit-board-level electronic repairs of medical electronics acute cardiac care devices.
Much care was taken to ensure I used quality traceable electronics components, and correct anti-static protection. Human lives were at stake.

I can't even get the documentation now to do that level of repairs on a stupid household appliance!
Although I did keep our first toaster operating for 35 years, before tolerances loosened beyond repair.
Yes, it's a Scrap Out world now. An unfortunate and frustrating development for those of us who CAN repair things!
RussN
Top

Sometimes you can strip out the electronics.
I did that for a whiz-bang air-conditioner I have on my boat. The electronic control box failed just after the company did.
I rewired the compressor, fan, and pump to a switch, thermostat, and relay.
Now it's incredibly dumb, real stone age machine.
And of course, it works just fine.
Top
Post Reply
40 posts

Return to “The Junk Drawer”